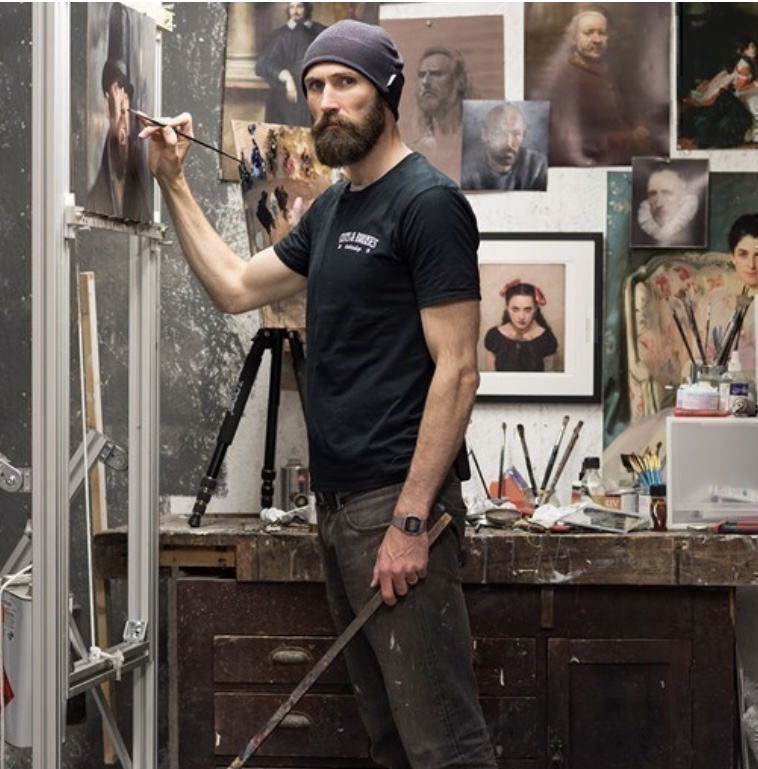 “I love telling stories with my paintings. Each painting should be able to tease the viewer into using their imagination to tell their own story.” Vincent Kamp

Vincent Kamps arresting portraits are built on the assumption that we will always identify with rebels and he is fascinated with those parts of society that many of us never encounter – the urban subcultures that exist all around us yet are invisible to most of us. His world may be an unfamiliar one, but it grips us utterly, drawing us in with its drama, intrigue and undercurrent of danger.

For much of his recent work, Vince has drawn on his love and knowledge of cinema and created immersive cinematic experiences at a variety of glamorous locations from Mayfair galleries to the Amber room at the Ritz. Heavily influenced by films and TV, particularly film noir and gangster genres, he has learnt a huge amount about composition and lighting from cinematographers, and his mesmerising tableaux always evoke emotion and intrigue about the backstory and future of the characters.

He has now written four searing screenplays (The Long Game, The Diamond Roulette, The Queen of Diamonds and Max and Mischa) which he has brought to life with the help of actors including Georgia May Foote, Tamar Hassan and Samuel Anderson. He has designed the sets, hired a film crew and choreographed a stunning series of set pieces through which he has been able to tell his story in a masterly collection of cinematic images.

Vince seeks his muses out, moving around different locations, meeting people whose alternative lifestyles interest him both as an individual and as an artist. As he says: “I like to paint people that you don’t always see walking down the street, people who live and work outside the conventions. You are unlikely to see these people in a suit or on an iPhone. My paintings are all quite dark, subtle and intense. I’m always imagining there’s something surreptitious going on in what might be a perfectly innocent situation. I suppose I’m always looking out for something gritty, an intriguing backstory, a moment of tension… something that will make you wonder about these characters. Who are they? What goes on in the moments before and after the painting?”

Vince is now acknowledged as one of the most evocative and exciting figurative artists working in Britain today. Demand for his originals and collectable editions has soared and his collectors and sitters include Sam Smith, Tamer Hassan, Caprice and Georgia May Foote. 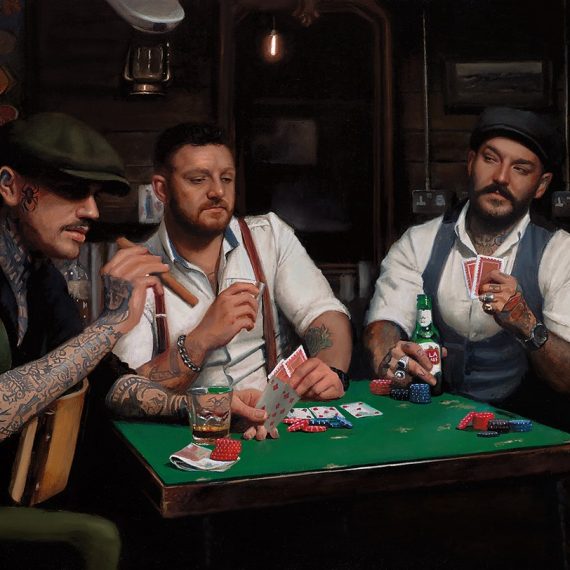 Back At The Gentleman and Rogues Club 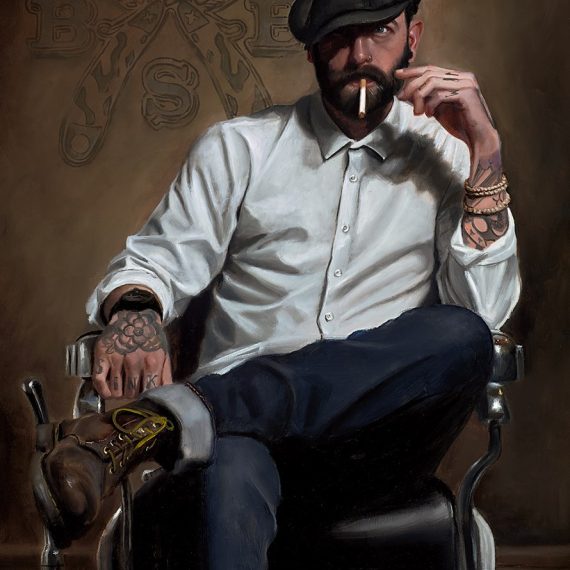 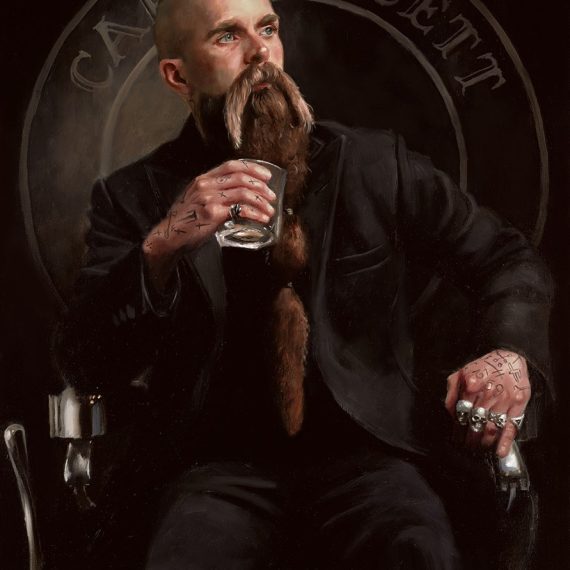 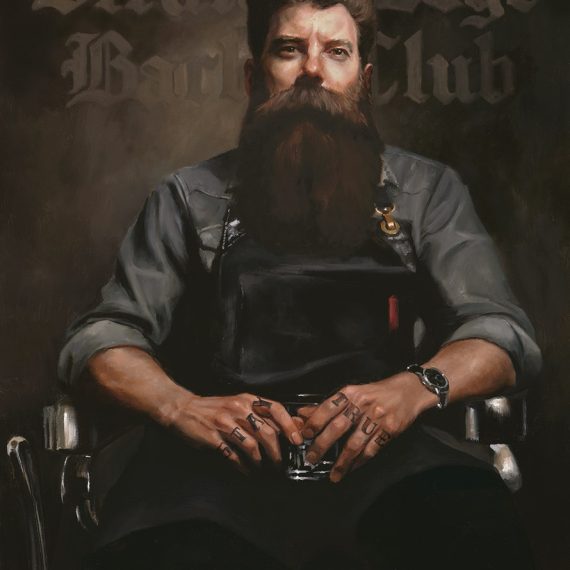 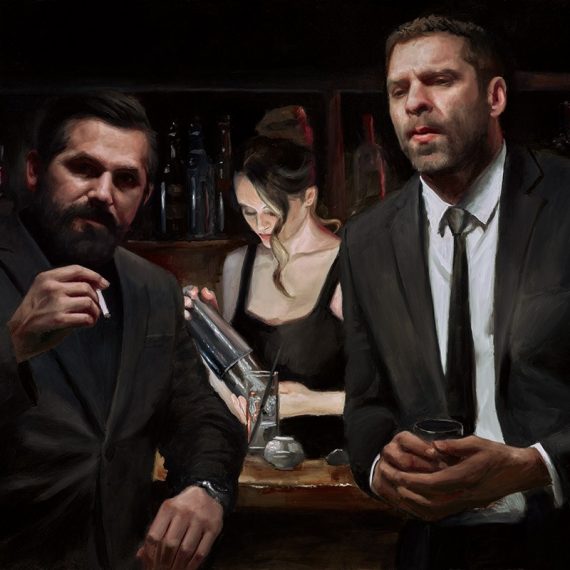 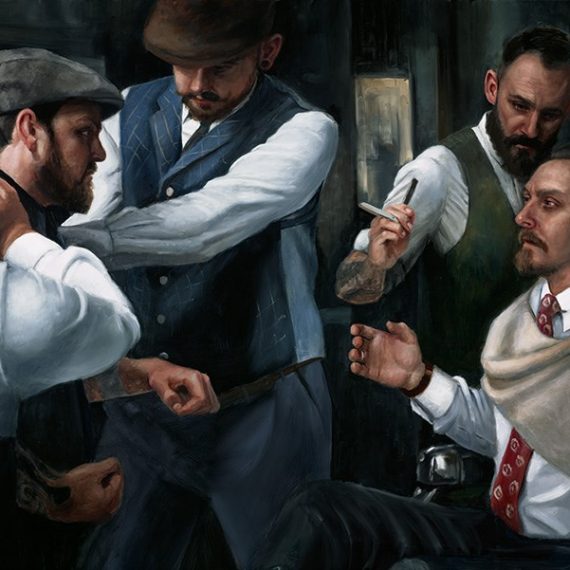 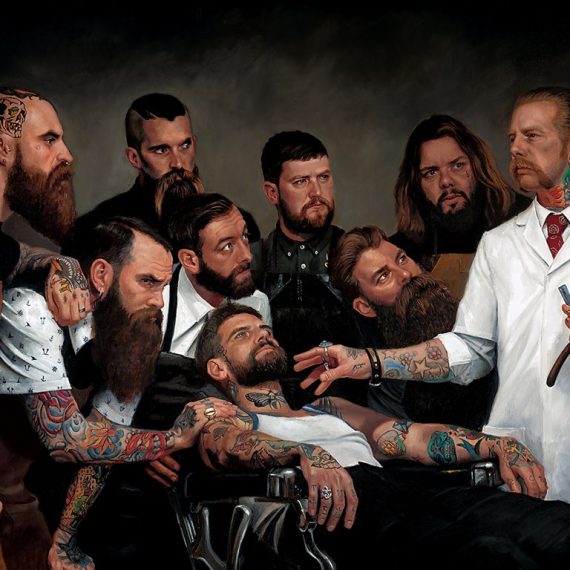 The Shaving Lesson of Frank Rimer 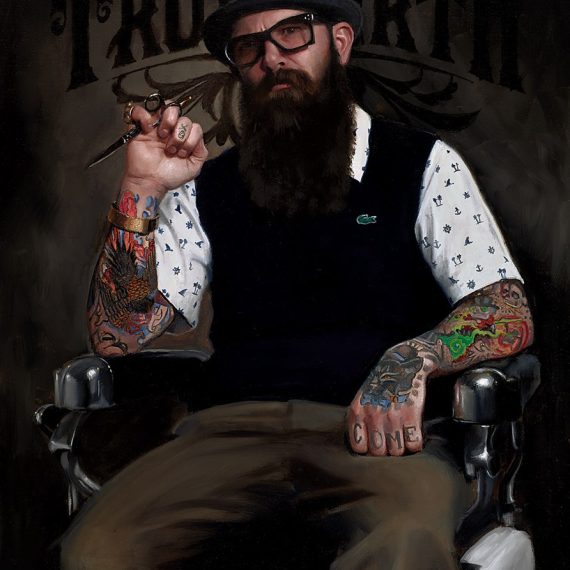 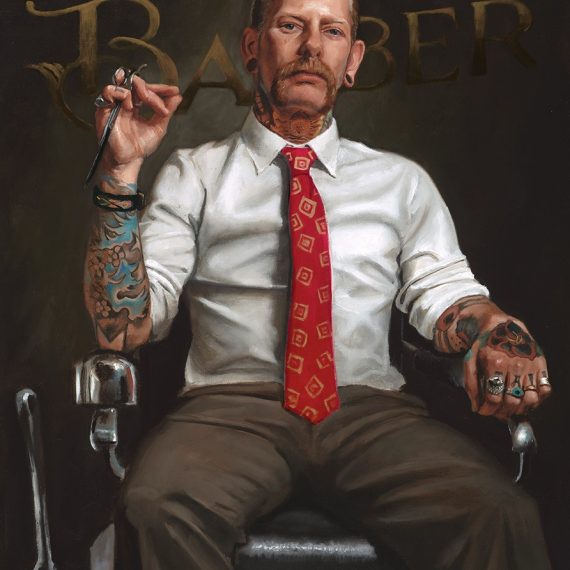