Explores a miniature world from the viewpoint of a person that is 2cm tall. 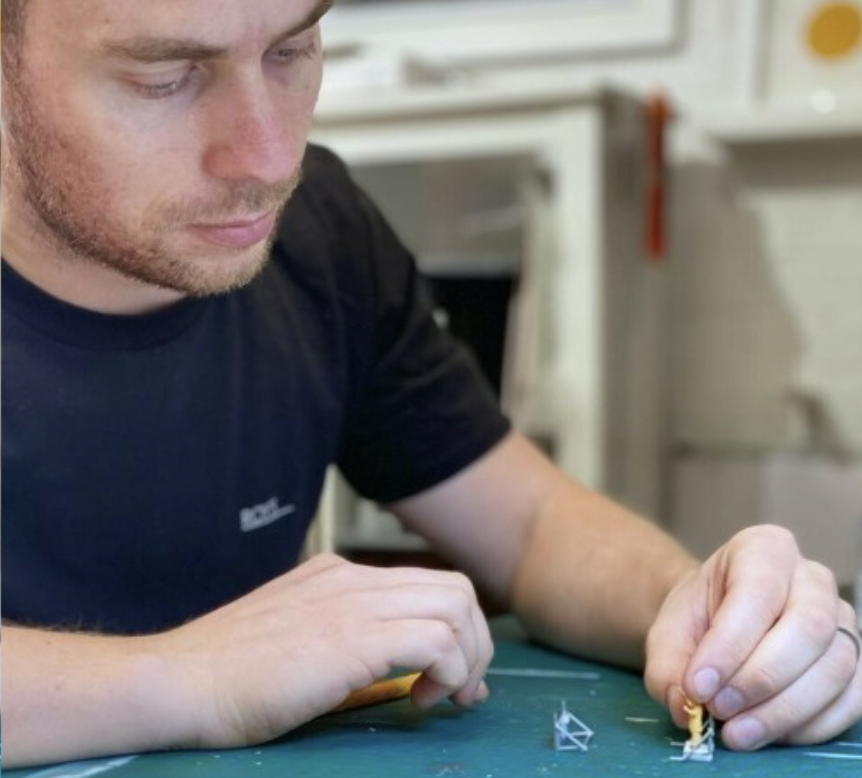 Roy’s People’s highly collectable installations transform iconic pieces of fine art into witty and distinctive narratives which amuse, delight and inspire. Exploring the works of modern masters such as Hirst, Haring and Pollock, Roy Tyson, the artist behind the concept, has taken images traditionally found on gallery walls into the outside world, treating them like the street art which is so often painted over or even completely eradicated.

In Roy’s acclaimed ‘Scrubbed Out’ series, his minute custom-made figures climb onto his hand-made scaffolding and make their way across the famous images, methodically erasing them. Thought provoking and intriguing, these artworks invite us to consider the complex question of permanence in art, and perhaps to imagine what is entitled to stay and what deserves to be ‘scrubbed out’.

The other major concept Roy is currently developing is ‘Di-Faked Tenners’; based on Banksy’s famous ‘Di-Faced Tenner’, these pieces ask a simple, or perhaps not, question – what constitutes a genuine artwork? Ironically there is a growing online market for fake Banksy works, and as a collector, Roy decided to start buying these up. By hand finishing them in classic Banksy spray paint style and including his signature miniature figures, he  has created an ingeniously meta series of comments on changing contemporary culture, and the nature and influence of art and artists. Fake Banksy becomes genuine Roy’s People.

Roy began photographing his miniature world on the streets of London in 2012 before progressing into installations and corporate commissions for brands such as Apple, Ted Baker and The Royal Mint. Since then he has exhibited widely across the UK and in many cities around the world including London, New York, Shanghai, LA, Miami, Paris; his collectors include the actor Emilia Clarke and comedian Greg Davies. 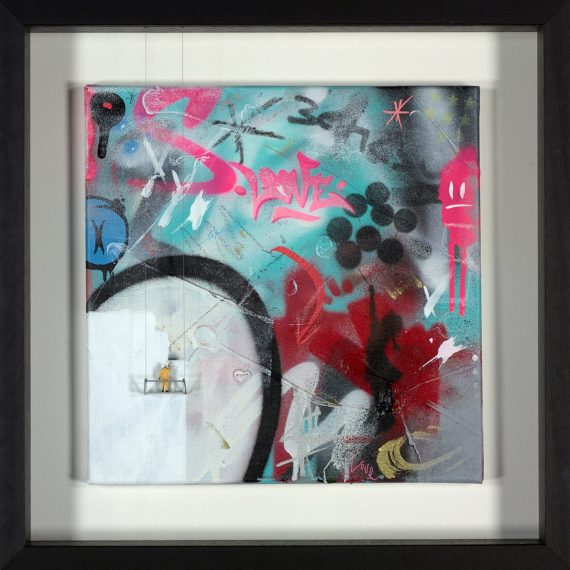 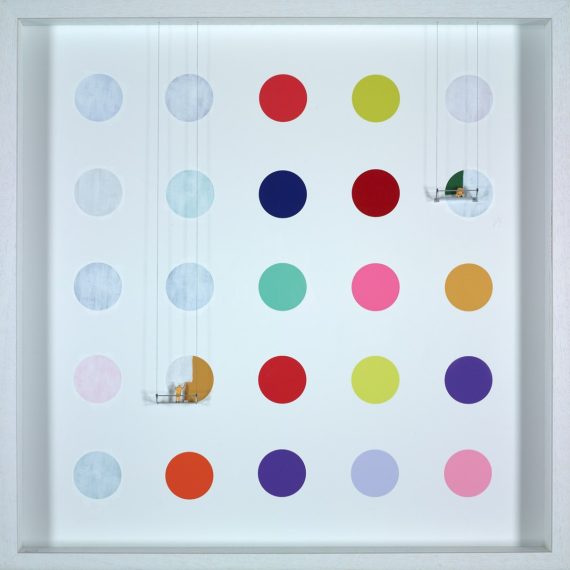