Elegant solo studies exploring the expressive qualities of painting and figurative photography in combination with exquisite costume and adornment. 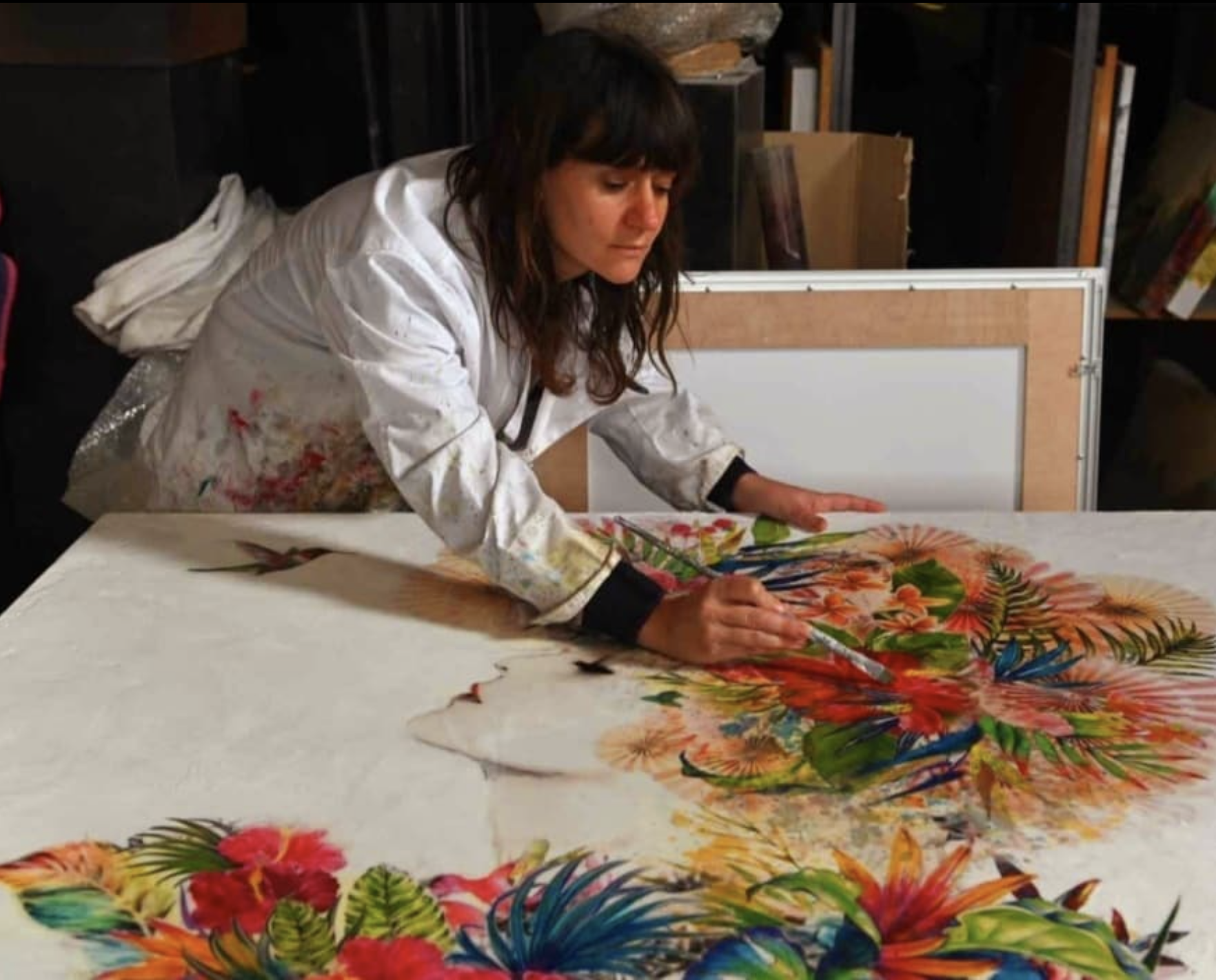 Laura has been exhibiting her original mixed media work since 2010 in galleries in all over Europe and North Africa. Her extravagant floral figurative works have been well received at prestigious art fairs all over the world. She was selected for the Vila Casas contemporary art prize in Barcelona.

Born in Spain in 1983, and brought up in an artistic household. Her father was a sculptor and his female figures helped to shape her views on of aesthetics and beauty. He was also an innovator, working with resin with great effect at a time when it was not commonly used.

Studied at universities London and Dublin as well as in her home city of Barcelona. After a number of years working across a variety of creative industries including film, textile design, photography and ceramics, visited New York in 2005.

Enrolled in a drawing class at the city’s School of Visual Arts and this experience convinced her to combine her gifts for photography and painting into fine art. When she was based in a busy urban metropolis she created works which she has described as architectural and industrial, because that was the world she inhabited. When she moved to the mountainous region where she now lives, she began to make works which combined the female figure with elements of nature.

Laura’s elegant solo studies explore the expressive qualities of painting and figurative photography in combination with exquisite costume and adornment. She creates initial drawings or paintings of the central figure and photographs it before transferring it onto a panel of wood or metal which she then overpaints again by hand. The fantastical elements that surround the figures, the exotic birds and flowers, the ornately patterned backdrops, are enhanced by the texture of paints applied in subtle relief.

Laura may add such embellishments as gold and silver leaf then uses a glossy transparent resin. High gloss finish sometimes with a touch of sparkle to highlight the glamour of his subjects. 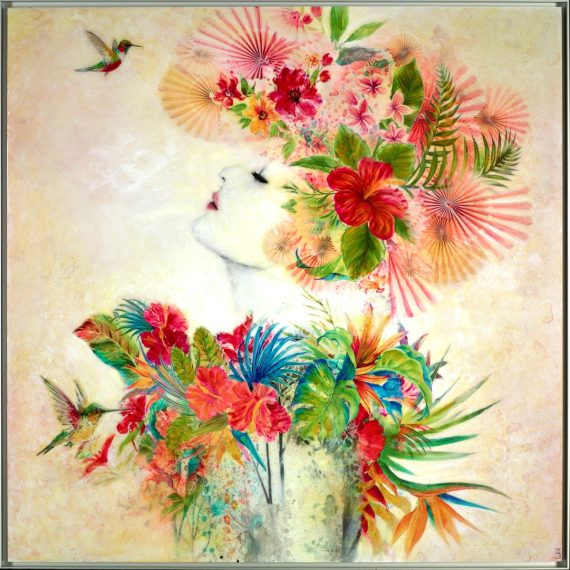